With high value goods such as diamonds, price can be subject to many factors. As a result it is easy to undervalue or overvalue in the exchange process, thereby transferring money not by means of the actual exchange of payment, but by undervaluing or overvaluing the good in the exchange process. This method of transferring value is well known in trade base money laundering. Diamonds are unique in terms of how their value can vary tremendously depending on their qualities, therefore they are prime for trade based money laundering.

According to The Economic Times, the Directorate of Revenue Intelligence (DRI) of India has uncovered a Rupee 2,000 crore (approximately USD 303 million) money laundering racket and arrested four people so far:

The racket was unearthed after the DRI recently conducted raids at the BDB at Bandra Kurla Complex (BKC) here following a tip off and intercepted consignments of rough diamonds of “low quality” with a declared value of Rs 156 crore.

However, a revaluation of these diamonds found that they were worth only about Rs 1.2 crore.

“The revaluation done by experts ascertained that these rough diamonds were of inferior quality and worth only about Rs 1.2 crore, against their declared value of Rs 156 crore,” an official said.

During the probe, it came to light that these rough diamonds were imported from overseas markets like Hong Kong and Dubai in connivance with the exporters and they were shown to have been procured at grossly overvalued prices, he said.

The government of India in response is being urged to become the sole approving authority for valuers, therefore preventing unscrupulous valuers from practicing altogether and probably monitoring the activity of registered valuers.

Hong Kong’s role in this scheme should also be noted, so what response has the region taken to prevent such occurrences from happening again? As we wait for their response, I personally am not holding my breath or getting my expectations too high. 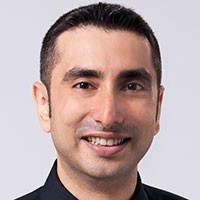